I started with a normal maze drawn on sheet with 5mm squares, my favourite drawing paper of that time. Then I drawed the arrows with pencil. Below a scan of this sheet. 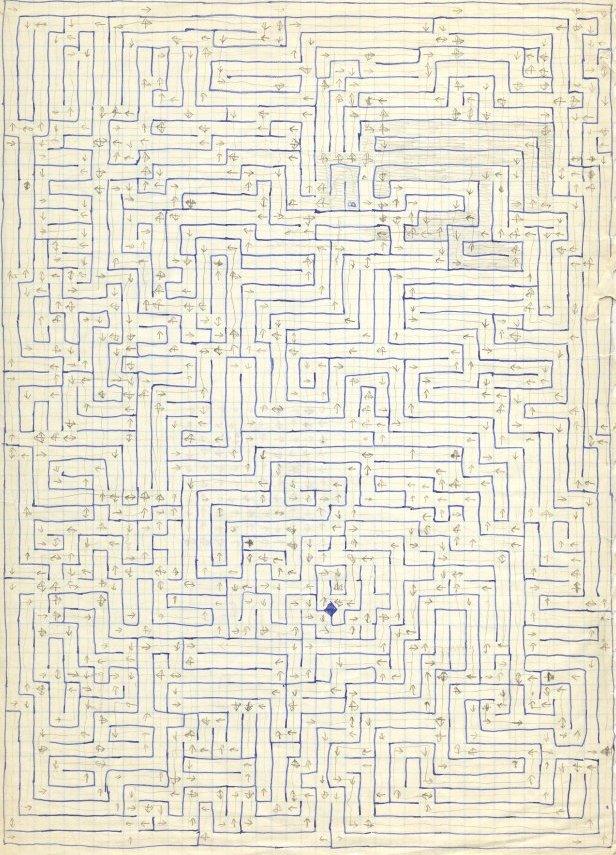 What follows below, are the arrows as I think they are recorded on the first sheet.

Possible errors in this maze are:

The second version was drawn on a white sheet. I layed this on top of the first sheet, and I copied the arrows from the first sheet. I marked the shortest route with red. And then I made some modifications. The scan of the sheet is given below. 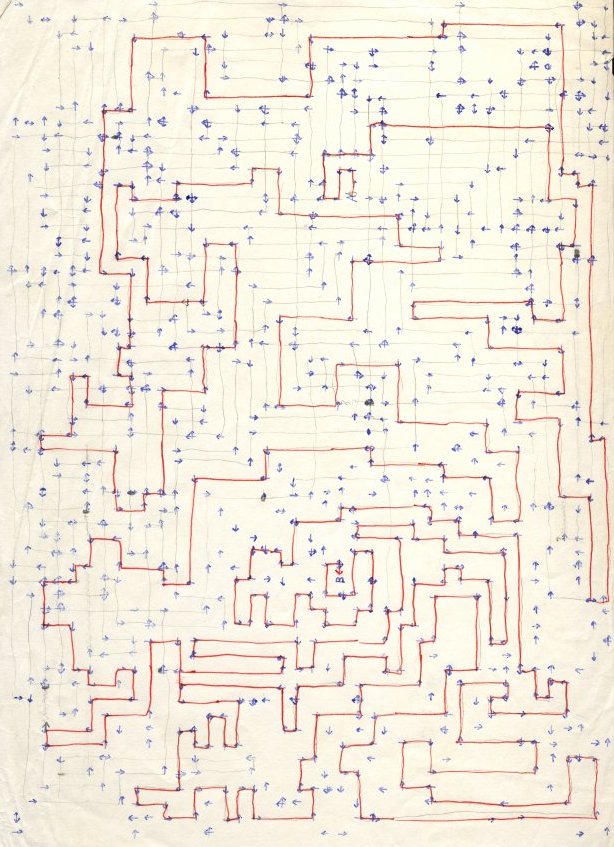 What follows below, are the arrows as I think they are recorded on the second sheet.

Possible errors in this maze are:

It seems that a number of these errors were introduced because of copying mistakes from the first to the second version, where accidently some junctions were removed. For example, that the error on the 54th row and 18th column cannot be reached, is due to the fact that in 29th column only has an arrow to the left, while in the first version it also contains an error to the right.

Because of all the (possible) errors that I noticed in the above versions, I decided (on April 21, 2006) to develop a program to verify these versions and to arrive at an error free version. I remember that one of my design objectives was that there should be no alternative paths from the start to the end such that the only correct solution would be complete overlapping with it. The following correction, I made before I developed the program: During the developed of the C++ program, I made a number of corrections. The first correction, where related to the fact that there was actually a shorter solution than the solution that I had intented. These are: To remove some alternative paths, I made the following correction: Futhermore, I made the following correction: Undoing some changes made from the first to the second model, which possibly introduced some errors, such as needless arrows: This finally resulted in the following version: