I have expressed some interest in developing the interface with the Hatchery for the MCH2022 badge. The plan is that a REST API will be developed for the Hatchery. For this it will be needed to parse some JSON. For this, I am looking into some existing JSON parsing libraries. These are the libraries that I looked into:

I am thinking about developing my own JSON parser as an iterator, much like the lex_scan function from Jansson, for processing data received from the Hatchery. I think, I first want to study the code from performing an HTTP request in the badge and/or storing the data in a local file system (for caching).

I finished reading the book A Heartbreaking Work of Staggering Genius by Dave Eggers, which I started reading on May 6 after I bought it on Friday, April 29 second-hand. On the front of the book there is a round sticker from Illini Union Bookstore with the text '30% off' suggesting that the book was bought there. On May 8, I already wrote something about the book. At some point, I was afraid that the author was just being funny for the sagke of being funny, but the book also has some serious content. I found the book a bit long-winded here and there, especially regarding the parts with internal dialogue. I searched about some information about the Might magazin but did not find much.

JSON processing from HTTP get

With respect to implementing an app store for the the MCH2022 badge, have been studying the ESP HTTP Client and the example program . It works with a callback function that is called whenever results are received. If the data is JSON and you immediately want to process it, you need a JSON parser that can process chunks of data. If you immediately want to process the parsed JSON, you could use some technique like protothreads for C. I started to write some example code.

This afternoon, I biked around the rout of KunstenLandschap 2022. I found the following works worth mentioning: 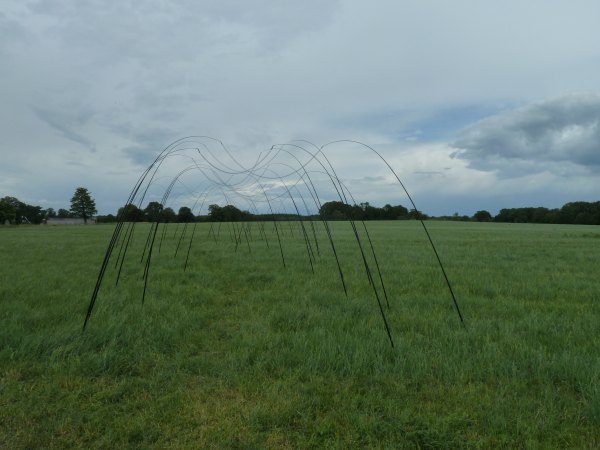 I also paid a visit to Rijksmuseum Twenthe, which also made part of the event, where I saw the following works part of the exhibition Collectie Wilploo:

On the way home, I went to bookshop Broekhuis, were at 17:02:39, I bought the book Henry & June written by Anaïs Nin, translated from the English edition into Dutch by Margaretha Dorothea Ferguson, published by Volkskrant Verboden Boeken in 2012, ISBN:8710371001989, for € 6.95. At home I discovered that I already at an edition of this book.

Around 11 o'clock, I got two books and a USB-cable in the mail. The books are:

The USB cable is to connect my Panasonic Lumix DMC-TZ8 and download the date. Just like in 2018 the SD card has become stuck in the camera after a period where it did not want to stay inside and I had to push it in during taking a photograph. This was also after the cover for the SD card and the battery broke off. Since some time the camera also has some wear on the LCD screen. But for the rest, it is still working. This time, I thought it was beter not to try to repair the SD card holder like I did before, but use the USB cable. It took me some time to figure out which USB cable I needed.

Afterwards, we went walking in Dwingelderveld National Park where we saw Dwingeloo Radio Observatory near the offices of ASTRON.

This morning, I finished reading the book Nietzsche written by Paul van Tongeren, who recently has been granted the honorary title 'Thinker of the Fatherland'. I started reading the book on May 29. I bought the book on November 27. The book is about Friedrich Nietzsche, his life as a philisopher and less about his personal life. (The name of Lou Salomé is only mentioned twice in the book.) After finishing the book, I felt that the life of Nietzsche has some resemblance with that of Vincent van Gogh. I liked the book and I got the impression that it is a good introduction to Nietzsche as a philosopher.

Today, Andy and I joined the yearly Truck Run organized by De Tukker Truckers, just like we did four years ago. The GPS-track of how we drove in KML file for Google Earth.

I found AKI MUPI ROUTE 2022 and spend some time in Google Earth connecting the locations in order to be able to calculate a shortest route to visit all the MUPI's. Then I decided to write a program, ParseMUPIkml.cpp, to parse the KML file and generate input for the TSP solver, I wrote last year.

The temperature at Twenthe Airport has gone up to 32.1° Celsius, which breaks the previous record of 31.3° on this date in 2016.

The past two evening, I spend finding a new optimal route. The first short route did look a bit strange, crossing itself. When I added more connections, the TSP solver kept on finding only longer routes. This evening, I made some changes to the solver, which came down to grouping all variants of the same length together and only keeping one. That did result in an interesting route.

This morning, I biked along all the MUPIs with a picture of a work of one of the AKI graduates on the back. I had written the names of all the students on a piece of paper and if I had not had this, I might have missed one of the MUPIs. It took me two hours and fourty minutes to finish the trip, which was about 26Km. I found the works of the following two students noteworthy:

Today, the Dutch newspaper De Volkskrant reported about the report of the cold case team that looked at the Deventer murder trial. Just recently, the 2020 film The Judgement (Dutch: De veroordeling) was broadcast on Dutch TV, which is based on a non-fiction book by journalist Bas Haan about the murder case. The film focusses on the fact that Maurice de Hond in the media claimed that a handyman of the murdered woman, Michaël de Jong, as being the murder without there being any substantial proof and that by doing so, damaged him. According to the book and the film, it was a case of trial by media. According to investigative journalist Bas Haan, the report by the cold case team is not about new insights and new data. In a sense this is true. However, it is remarkable that now a police team concludes that exculpatory evidence for Louwes was withheld by the police and that various disastrous mistakes were made during the investigation. It seems that the report states that the two most important pieces of evidence on which the conviction was based, do not hold. It states that it is indeed possible that the cell phone of Ernst Louwes connected with the cell tower in Deventer over a distance of 25Km, and that this fact can no longer be used to proof that he was in Deventer during that time. In the withheld information a connection with a cell tower more than three times the distance was mentioned. The report also states that the evidence based on the presence of DNA is invalid, because the blouse on which it was found, was not handled properly. Bas Haan states that doubts about the reliability of the evidence was known to the judge who convicted Ernst Louwes. The question is what would be the judgement of a judge when presented with this case now. It seems that the public opinion now is that Ernst Louwes is the perpetrator and that Maurice de Hond is wrong.
Home | May 2022 | July 2022