Today, I received an email from Sarah Ng with respect to the two discrepancies that I had found last weekend in the Supplementary Table 3 of the Exome sequencing identifies MLL2 mutations as a cause of Kabuki syndrome paper. She explained that for kindred 25 the DNA mutation should have been "c.A13579T" (instead of "c.A13580T"), which indeed results in "p.K4527X" as mentioned in the column "Predicted Amino Acid Change". And with respect to kindred 50, she agreed that there was a typo in the protein position and that it should have read "p.P443HfsX487" (instead of "p.P442HfsX487"). I am totally satisfied with the answer. I have update my MLL2 page accordingly. She thanked me for checking their results, but it was only because I tried to understand the data (in order to use it for web page), that I found these small discrepancies. I consider them small, because from my own experience as a software engineer, I know that these type errors are very easily made. And of course, they do in no way diminish the discoveries as presented in the paper. Actually, I should thank her for her contribution to finding the cause of Kabuki Syndrome. Although the discovery will have no direct effect for children who are affected by this mutation, it will benefit many parents in future to get a clear diagnoses. Andy, our son, who did receive a clinical diagnoses of Kabuki Syndrome, will also be tested for a defect in the MLL2 gene in the coming months and we will know whether he has the defect or not. I expect more discoveries to be made in the coming years.

Last weekend, I studied the reason function of my nonogram solver. I needed paper and pen to understand what the various things where doing. I added some comments to the code, so that the next time, I will have less trouble understanding the code. During a biking trip on Sunday, I came up with a way to fix the code, such that it (probably) would be able to solve the Knot nonogram. Last Monday, I implemented the fix, and it did work. This evening, I spend some time, to reduce my solver to the minimal version that could solve the Knot nonogram. It appeared that I could remove half of the reason function, the part that I had not yet studied, and it would still solve it. I also made the program read the nonogram from its own source. The program contains the Knot nonogram at the bottom of the file inside a multi-line comment. The comment contains the export (using ID:16) from the Puzzle Export page of the Web Paint-by-Number website by Jan Wolter.

Today, I heard about the hardest Sudoku puzzle created by Arto Inkala. Last year, I already wrote program to map Sudoku puzzles on Exact Cover problems. My Sodoku solver solved it within a sixtieth of a second and it found one solution. It could not do this with simple reducting, which means that you cannot solve this Sudoku with simple elimination, but you need to make some guess and see if it leads to a contradiction. I also wonder what kind of measure has been used for determining that this is the hardest Sudoku puzzle, and whether a solver for Exact Cover problems could be used to define a hardness measure.

The article Crowdsourcing peer review gives a good overview how the claim by Vinay Deolalikar that P doesn't equal NP was dissected. It contains some very serious flaws and probably will be one of the many failed attempts to resolve the P versus NP problem. For a more technical evaluation see the wiki page Deolalikar P vs NP paper. 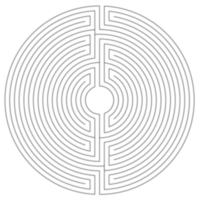 A labyrinth is a type of maze that consist of a single path without any splits where you have to make a choice. Most traditional labyrinths have one exit on the outside and have a path that leads to the center. I wondered whether it would be possible to create an interesting labyrinth with two exits. Today, I made the one shown on the right. A larger version can be viewed as a PostScript file or as an PDF. This labyrinth is rotational symmetric. Of course, I am already thinking about the number of different labyrinth there are (within certain constraints).

Last Friday, I found some curly kail and I bought one bag with freshly cut curly kail. Saturday, I bought some fresh tofu, and today, I thought about combining them. On some web site, I read about the idea to marinate the tofu. At home I sliced half of the fresh dofu in small blocks and added some light superior soy sauce. Then I peeled some potatoes and boiled them together with the curly kail. I chopped some garlic and two red unions. First I fried the tofu and put them in a plate. Then I fried the garlic and the unions, added the tofu and added some curry. I smashed the potatoes with some milk. It tasted quite nice. Even Li-Xia wanted a second plate. 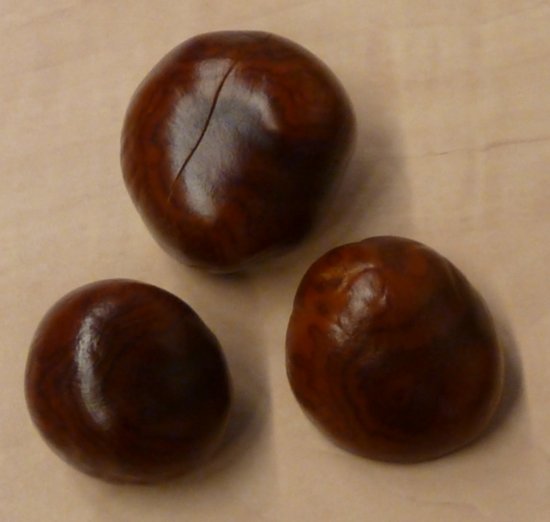 This morning, around 11:28, I picked up three chestnuts (picture) from a tall chestnut tree on the Klokkenplas, a square in the center of Enschede. The name of this square is translated in English "bell pool", and received its name because it was the area where the bells from the belltower of the church where placed when the city was hit by a fire 1862. The largest of the three chestnuts has a crack. 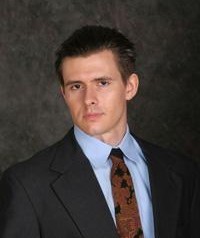 Mitchell Heisman (1975 - September 18, 2010) was a 35 year old Jewish-American from Somerville, Massachusetts who published a 1,905 page-book entitled Suicide Note and then committed suicide on the steps of Memorial Church of Harvard University in September 2010. Heisman grew up in New Jersey and had a University at Albany bachelor's degree in psychology. Before committing suicide at around 11 a.m. on September 18, 2010, during services for Yom Kippur, the Jewish day of atonement, he published a 1,905 page book entitled Suicide Note on the website suicidenote.info and emailed a link to the note to 400 of his contacts (a mixture of friends, family, press and academia) about five hours after his death. Suicide Note, in addition to being a suicide note, discusses sociobiology, transhumanism, history, religion, death, nihilism and other philosophical issues at some length, as well as commenting on current events. The tone of the book is alternately academic and sardonic.

The above text and links are based on a Wikipedia article, which was considered for deletion, and probably will be deleted. I found it interesting enough to archive. Today, I also started reading the book and I am keeping a log of my reading activities.