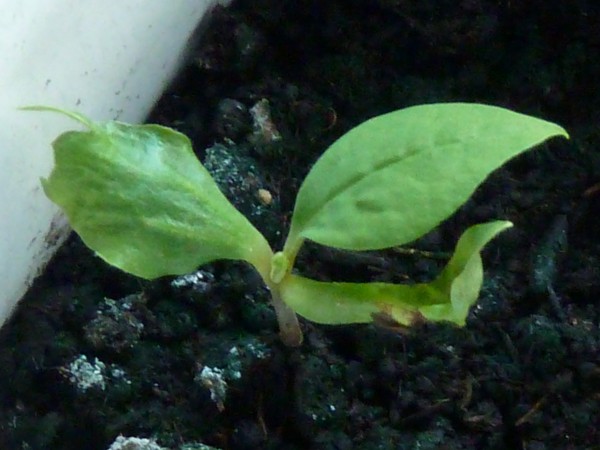 Recentently, a third leaf appeared on our small magnolia plant. This leaf is now larger than the other two as can be seen in the picture shown on the right. I wonder how long it will take before a fourth leave will appear (or what other development might happen).

Today, I went to the second hand department of bookshop Broekhuis and I noticed that had a bookcase with new arrivals. I could not stop myself looking through it. I found a number of books of interesting books. I did not buy any, but I will look at them again. I was being told that they had found a book that I had been looking before on the otherside of the road. So, I went to the other side and looked around a little. At 17:56, I bought the book Op locatie. Enschede na de vuurwerkramp. Kroniek van de wederopbouw 3 by Bernard Colenbrander, ISBN:9789064506260 for € 4.00.

Today at 16:55:39, I bought two books from bookshop Broekhuis from the second hand books. Yesterday, I looked at both of these books. One is from the section of new arrivals. The books are: 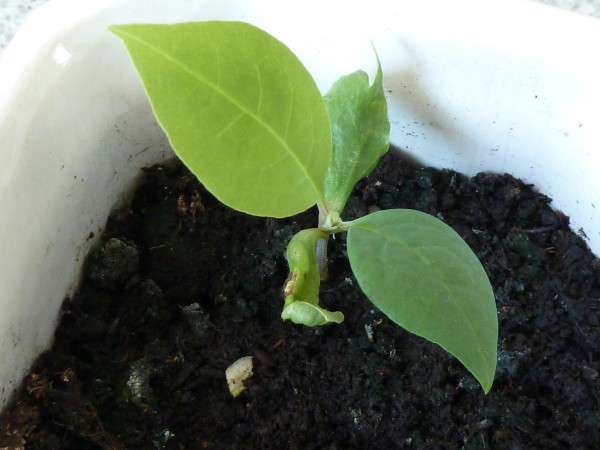 In the past week the fourth leaf of the little magnolia plant occured. It is now larger than the other leaves and pointed towards the sun. The above picture is taken from a different angle than the pervious, in order to picture the latest leaf. There is already growing something at the bottom of the leaf. I wonder whether a new leaf will grow from it or stalk. The little plant has not grown much in height. Not counting the leaves it is just less than an inch (2.56 cm).

At 17:57, I bought the book Colour in Time by Jan Brand and Anne van der Zwaag, ISBN:9789089891105, for € 7.50 from the sale at bookshop Broekhuis at the former location of Polare / De Slegte. I bought this book because it has a short article about the Forbo colour space designed by Peter Struycken. 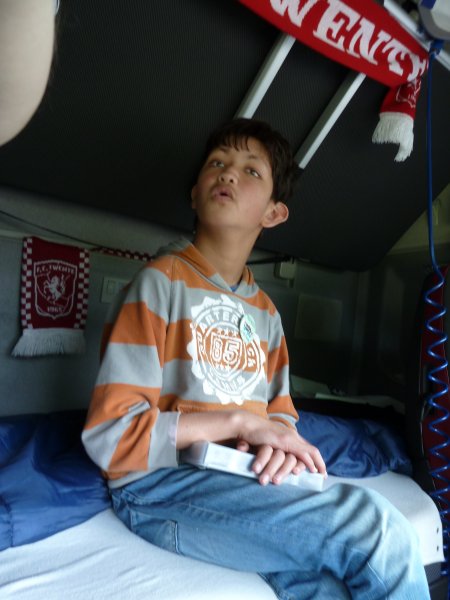 Andy joined the Truck Run 2014. According to him this is the third time that he joins into the Truck Run event. I went with him. The picture on the right is of him sitting on the bed in the truck. The route we took (based on my memories) with Google Earth: KML file or in Google Maps.

In the past week, several organisation have come with predictions about the votes for the European elections in the Netherlands based on exit-polls. Especially the predictions by GeenStijl, based on the actual counts of about 1300 polling stations (a total of 664,316 voters), became international news, because althought the voting for the Netherlands were held on Thursday, the results were only to be announced late Sunday evening. Two other organisations also gave a prediction. The prediction of Ipsos was based on 40,000 individuals and the prediction of Peil.nl was based on 300 polling stations and 10,000 individuals. To calculate the performance of the various predictions, I have summed (for the larger parties) the square of the difference between the prediction and the (still provisional) result of the percentages. (I did not compare the number of seats, because the number of seats is rather low, and the algorithm used to divide the remaining seats in face of list associations, can lead to some non-linear behaviour.) The predictions and the result with the performance are given in the table below. A higher value for the performance means that it was worse. (I am not an expert in statistics and do not know whether this is the chosen performance indicator is the correct one.) This clearly shows that larger number of individuals does not lead to a better result. It is known that Peil.nl applies a correction based on previous voting behaviour of the registered users of Peil.nl. Probably Ipsos also applies some kind of correction or takes care that their pool of individuals is homogeneous. If the average of Ipsos and Peil.nl predictions are taken an even better performance is achieved. (The numbers are taken from here and here.)

Last Friday the new second hand department of bookshop Broekhuis on the third and fourth floor was official opened. It has been given the name "De Slegte", which shines in neo-lights along the stair to the third floor. This morning, when I visited the third floor, a clerk told me that about a hunderd people attended the opening and that he had missed me. I explained that I had to take care for Andy. I was given a copy of the poem Textielstad by Willem Wilmink published for the occasion in a limited edition of 250. I got number 92.

On the opposite side of the street, I bought the books: 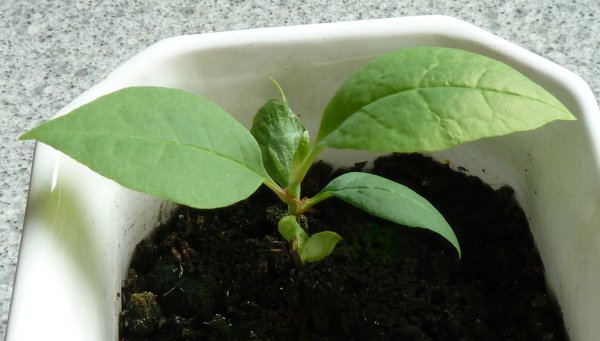 In the past week the fifth leaf of the little magnolia plant occured. It is now larger than the other leaves and it also is on a small stalk. The signs for a sixth leaf is already there. It seems it is picking up some speed now. This months interesting links
Home | April 2014 | June 2014