At the end of the afternoon, I visited the exhibition for a second time. I had a short talk with Faida El-Shoura. She told me that the mysterious print on the wall has some meaning. I met Tom van Veen and bought a copy of his book Pittu, een fragment

Last Friday, I took a picture of the 'mysterious' sign with the installation of Faida El-Shoura. There are seven statements starting with the word "Possibility". The first two speak for themselves. The third has text '[  ]', which in some programming languages stands for an empty list or matrix. The fourth has the first 11 digits of π, as displayed by Google when you search for 'pi'. The fifth mentions Chand Baori, Tenochtitlan, the blue planet HD 189733 b, which is rather hostile, and an expression with 1215.67Å, which seems to be taken from Lyman-alpha emitter, which are far aways galaxies, whoes distance can be determined through the redshift of a the Lyman-alpha emission line of hydrogen. The sixth mentions the silver ratio and the French translation of "Wavelength understood by touch." The seventh has the Russian translation of "electrocution from breathing." This is followed by the text "Input" followed by 3 by 3 matrix, the text "Output" followed by 1, and an endless point definition. It seems like part of a script, possible, the script that is being used to generate the sound for the installation. I am not sure what it all means. 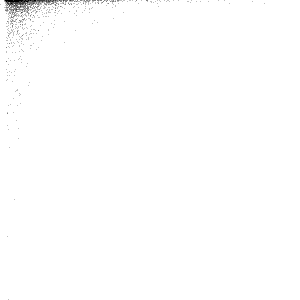 Difficulty versus number of solutions

I decided to investigate the relationship between the difficulty versus the number of solutions of the set of Fractal Jigsaw puzzles that Annabel has made. The difficulty is determined by the average number of steps to solve a puzzle using an optimal strategy, where a step is either the placement or removal of a piece (more). The image on the right shows the result using a linear scale. From left-to-right is the difficulty and from top-to-bottom the number of solutions. As expected there are not many puzzles that have both a high number of solutions and that are very difficult. This image is a little skewed because there are far more puzzles with fewer solutions than with many solutions and similar, many more that are easy than difficult. To compensate for this, I created a table where the puzzles are divided (for both dimension) into ten groups with respect to increasing number of solutions and increasing difficulty. This resulted in the following table, which is rather uniform, except for the numbers in the bottom right corner (as expected). The table also contains the size of groups.

I went to the opening of the exhibition Lost Energy at Tetem art space. The exhibition is about the energy transition. Reinier Kranendonk started with a project about energy addiction. Françoise Braun and Casper Teijgeler asked people about things they bought but not really need. This exhibition will also travel to other locations. The third work in the exhibition is by Elise Leusink. The build an installation to show how much energy it cost to make a small piece of plastic. There will also a video made by students from the University of Twente with some research they did. Anabella Meijer is a comedian and wrote about energy transition: First Help with Climate Chnage. She calls herself a visual consultant, meaning that the makes drawings. She is also climate activist. She discovered that climate change is often talked about in negative terms and not in positive terms. She states that what makes us really happy also is good for the climate. 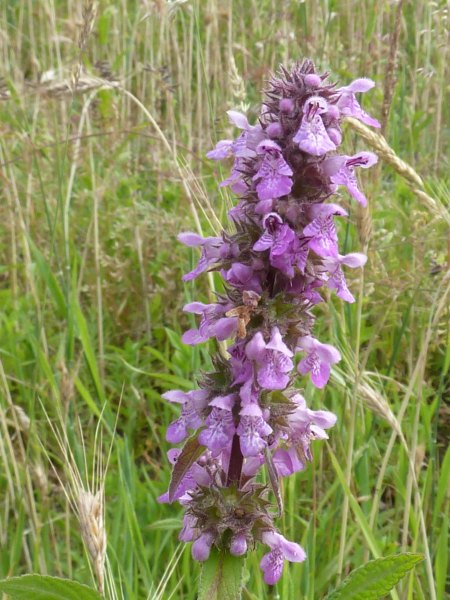 I went Amsterdam. Before going to the finals exhibition at the Gerrit Rietvel Academie, I first brought a short visit to bookshop Matrium. At the exhibition, I found the following things noteworthy (in the order, I encountered them):

Afterwards, I went back to bookshop Het Martyrium, where at 16:07:50, I bought the book Roekeloos written by Chrissie Hynde, translated to Dutch, and published by Nijgh & Van Ditmar in 2015 translated from Reckless. my life as a pretender written in English, ISBN:9789038801407, for € 8.00. I also discovered that De Slegte opened a shop again. I wnet in to have a look. At last I visited bookshop Scheltema, but did not buy any books.

I went to the Graduation 2019 exhibition at Royal Academy of Art in The Hague. I found the following graduates noteworth (in the order that I encountered them or their works):

Peter Struycken invited me to join him visiting museum De Fundatie in Zwolle and Heino. He wanted to see the exhibition Charlotte van Pallandt - Art as one's purpose in life about the work and life of Charlotte van Pallandt, who was one of the first artist he met and with whom he stayed in contact for the rest of her life. He thought, I would like the exhibition Michael Triegel - Discordia concors, the first exhibition of the works of Michael Triegel in the Netherlands. It is always a pleasure to visit some place with Peter Struycken, because he opens my eyes through his unique way of looking at art and the worlds.

From the exhibition about Charlotte van Pallandt, I found the following works worth mentioning:

From the exhibition about Michael Triegel, I found the following works worth mentioning:

Other art works, that I found worth mentioning:

Today, it is 50 years ago that Apollo 11 was launced. It was on a Wednesday and at 14:32 local time in the Netherlands. It is possible that I saw the launch live and otherwise, I must have seen later on the day. This afternoon, I watched the launch at Apollo 11 in Real Time.

I recieved the publication 1 jaar Peter Struycken aan de Rijksuniversiteit Utrecht = 1 year Peter Struycken at the University of Utrecht written by Peter Struycken, Cor Blok, Rudi Fuchs, Ober A. de Vries, and A. Veen, written in Dutch and English, and published by Rijksuniversiteit Utrecht in 1971 from Aquilabooks for € 15.00. It is a collection of seven envelops, held together with metal spring file clip, of which five are filled with some writing of each of the authors. There are also some loose sheets containing the introduction. I am quite happy with it, because it is a rare item, which I saw only one time before, on Saturday, January 19, 2013 in the library of Stedelijk Museum.

At the start of the evening, I went to Concordia and looked at the three exhibitions, non of which I had seen before. These are: Hosangun reproduction office, Boys don't cry (with long texts that I did not read), and Studio complex (containing some works that I have already seen before).

I noticed that there were about five flowes in out magnolia.

Today, I went to Wijlre, to see the exhibition P. Struycken – Colour: Profusion and Variability with works of Peter Struycken at Kasteel Wijlre. Peter Struycken was asked to paint the interior of The Hedge House. The design consisted of large areas in black, white and red. Rather impressive. Very different from the works he made in the past years. I also went in the castle itself, where the family lives, to see Komputer Strukturen 2a, the curtains for one of the rooms and some other works. In the Koetshuis, there was an exhibition of works bij Peter Struycken. Some dynamic works and some static works. At the end, I walked through the garden, where there was another work by Peter Struycken, Piet 5 and a very large work by Ad Dekkers, Gebroken circel (Broken circle) among other works by other artists.

Afterwards, I went to Maastricht, where I visited bookshop Boekhandel Dominicanen, which is inside a former church.

In the third qualifying round of 2019–20 UEFA Champions League there are twelve 'Champions Path' and eight 'League Path' teams. In the round the twenty teams will be randomly paired to play one game together. Yesterday evening, someone raised the question what is the expected value of the number of games where two 'League Path' teams will be paired. I made an attempt to figure out the mathematical formulea for this, but got stuck. Next, I decided to write a small program to just do create a pairing for a million times and take the average. This morning, I realized that it would be possible to just calculate it, as the total combinations of is less than a million. This resulted in the following C++ program:

The program produces the following output:

I decided to stay a little longer in the office, hoping that the temperature would drop a little after four o'clock, but during my trip home, between six and seven, the temperature reachted 37.6°C airport Twente weather station. This is the highest temperature ever measured here, beating the previous record for this day, which happened to be last year, of 34.0°C with ease. The previous record for Twente on any day was 36.7°C at Heino. Tomorrow will be another hot, possibly hotter, day.

Yesterdays record, was broken today, with a temperature of 40.2°C at airport Twente weather station. The highest official temperature in the Netherlands, also a new record, is 40.7°C. The weather station at Deelen reported 42.1°C, but it was considered a measurement error as it is part of a sudden rise and drop of temperature. I think, that it might be caused by a local termal column causing warm air from the ground being sucked to the weather station. According to some website, the ten hottest days in Twente are: Probably this will be changed after tomorrow, because the prediction for tomorrow is 35.9°C.

I came across Visualizing and exploring sorting algorithms in two dimensions with Ink and wondered how it would look for bsort, a kind of Comb sort, which I developed a long time ago. I wrote a MySample script for it, which implements a slightly different algorithm. This algorith makes sweep in both directions and combines the two phases of the original algorithm. Starting with the same starting line as the greyscale version used for quick sort algorithm, it results in the following image (rotated to the left):

I took Andy to Rijksmuseum Twenthe to see the exhibition with works by Peter Zegveld. I did not find it very interesting, but it was fun to watch how Andy responded and that he seemed to like it. He had to laught about the installation of about 40 horns placed in a circle. I got the impression that a few of the horns were placed in the wrong order.