In the past weeks, I have been further thinking about the question why some Jugo puzzles have so few states that can be reached. The puzzle 111011001010000 can only reach 32 different states. I realized that there is an interesting algebra with two binary operators and two sets of unary functions with some interesting properties. It all started with the realization that applying a solution vector to a problem vector is a commutative operation, meaning that the two vectors are swapped the operation still returns the same value. A binary vector of length l with an exclusive-or operator is an Abelian group equivalent to the l fold product of the C2 cyclic group with the zero vector as identity element. If the exclusive-or operator is represented by the '+' sign and the domain of all binary vectors of length l is represented by Al, then the following hold:

A product operator for binary vectors can be defined with a rotation operator and the exclusive-or operator. The rotation operator roti moves the bits in the vector i positions to the right, where elements are wrapped around. The product of binary vectors a and b is defined by adding all roti(b) vectors for which the i-th value in vector a is equal to 1. When the product operator is represented by the '·' sign and when the one vector, the vector where only the first value is equal to 1 and all remaining value equal to 0, is represented by '1', the the following hold:

This evening, I discovered that the Jugo puzzle 111101011001000 can only reach 16 possible states. This means that this is the easiest possible puzzle with 15 leaves to solve: either all leaves are in the correct position or it can be solved with exactly one move. Any other move will turn it into another state with the same leaves turned with some rotation. I find that a rather remarkable property. The images here on the right shows all the results when the zero rotated vector is combined with one to fourteen positions rotated. As can be seen, each row contains the same, albeit rotated, pattern. Here are some other patterns with 64 or less solutions: My gut feelings tells me that there is a pattern of length 31 which can only reach 32 different states and that all patterns with lengths in between reach 32 or more states. If you search for the sequence 111101011001000 on the internet it will turn up some interesting results. It appears that the sequence can be produced by a four state shift register and exclusive-or operator. In this sequence each digit is the exclusive-or of the third and fourth digit to the right. 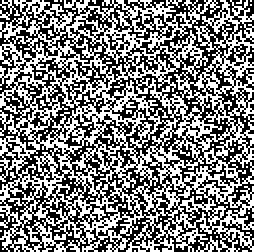 This image is created with a pseudo-random generated created from a 7 bit shift register with an exclusive-or operator. This pattern is 127 bit long and contains all possible 7 bit numbers except for zero. Each row in this image contains the same pattern, but shifted a different number of positions. This is created by applying an exclusive-or on the pattern and a pattern that is shifted 11 positions for each next row. It is surprising how random this image looks, although in it is not really random. It is too 'smooth' to be truely random.

Today, the final report by the Dutch Safety Board about the partial collapse of the roof of the Grolsch Veste on July 7 last year was present. (Full reports in Dutch and summary in English and German.) During the planning stage, the design was not assessed in terms of feasibility and none of the parties involved calculated the strength of the roof structure as it would be while under construction. The main constractor decided to change the planning and start completing the roof while its steel construction was not yet completely finished. The main contracter and the steel construction specialist both presumed that the other had checked whether it was okay to do this.

I finished reading God-Keizer op Duin (the Dutch translation of God Emperor of Dune) by Frank Herbert, which I started reading on June 16, the day I bought the book for € 7.95 from bookshop De Slegte. I read the book for the first time while at the university. I remember that I read it in students library Then I found it a rather boring book, one of the least interesting of the whole serie. However, this time, I found it a rather interesting book to read. Maybe it is because I am much older now.

I received the catalogue Peter Struycken Neue Gemälde, Skulpturen und Zeichnungen for the exhibition held from May 27 till July 10, 1977 in Düsseldorf, Germany. I ordered this last Monday from Book2 Antiquariaat. Since last weekend, I have been working on a page about Peter Struycken, his exhibitions, catalogues, books, and works. Tonight, I have added all the data from the catalogue that I received today.

It has been announced that the game Symple will the subject of the CodeCup 2013. For this contest one has to write a program that can play the game and win from other programs. The maximum execution time per game is only 30 seconde, which does not seem much, given the large number of possible moves in the middle game. 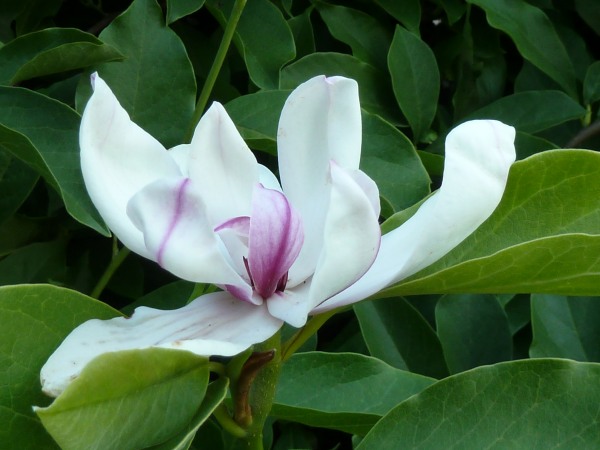 Our magnolia started to get some flowers again, the second time this year, in the past days. They are all, about twenty, I guess, on the new brances, which grow straight to the sky. Sadly, I have to prune it soon, because it is showing too strong. Maybe simply cutting the new branches is not enough anymore. That is the problem bit plants and trees that grow older, you prune the branches, but the roots grow further and further, making the branches and the leaves growing stronger and stronger. Earlier this year, I pruned our willow, but now it is full with branches and leaves again, which surprises me a little. Maybe it is because I left some small branches. 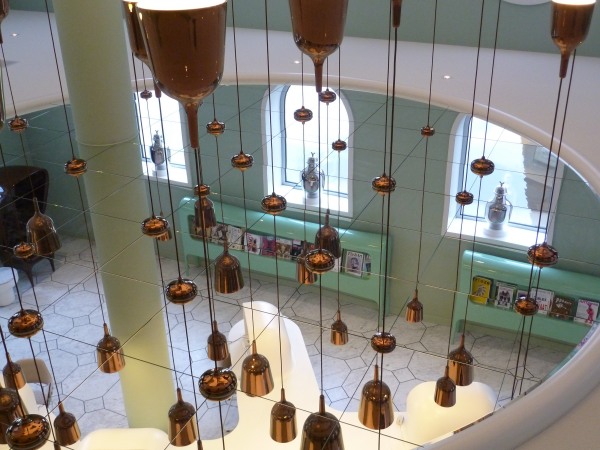 Today, I went to the Groninger Museum to look at some material with respect to the art of Peter Struycken. At 5:54, I left from home, and I took the train of 6:27 to arrive at Groningen at 8:52. I walked around the city and looked around bookshop Selexyz for a quarter of an hour, and arrive just before 10 o'clock at the museum. I was the second person to buy tickets. At home, I had made a list of books and materials that I would like to see, but I left that at home. I spend the first half our recreating the list in the Info Center. Then I went looking for the person responsible for the library. Turned out that he had only one booklet at hand and that he had to collect the others from the depot, which is situated at the top of the building. I had to wait till about half past 12 before he came back. I took the picture shown here, while waiting. I had not brought any book with me into the library and I did not want to walk away. The next hours, I spend making notes and taking lots of pictures, over one hunderd, I guess. At 14:48, I left the museum after having returned the materials and thanking the clerk. I was a little disappointed about the amount of new information that I have found, at least information that could be easily integrated with the information that I already have collected. This months interesting links
Home | June 2012 | August 2012 | Random memories